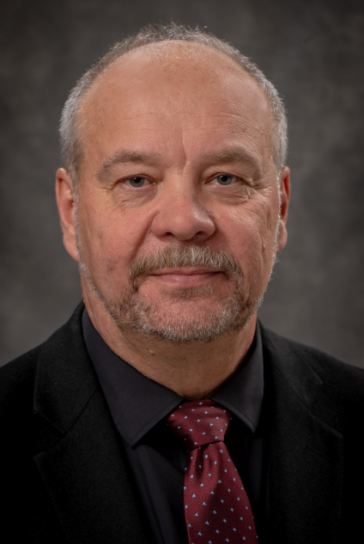 Following an international search, Robert Kostecki has been appointed director of the Energy Storage and Distributed Resources (ESDR) Division in the Energy Technologies Area (ETA) at the Department of Energy’s Lawrence Berkeley National Laboratory (Berkeley Lab).

Kostecki has extensive leadership experience and is a renowned scientist known for his pioneering research in electrochemical systems engineering. His research focuses on performance fundamentals of electrochemical energy storage, conversion systems, and water treatment technologies, and his efforts have helped bridge the gap between fundamental and applied science, leading to the advancement of these technologies.

He was instrumental in the initial visioning of the water-energy nexus concept at Berkeley Lab, as well as in the development of the National Alliance for Water Innovation, which was recently awarded a five-year, $100-million Energy-Water Desalination Hub by DOE to provide secure and affordable water in the United States.

Previously, Kostecki was ESDR Division Deputy for more than four years, and was responsible for scientific, programmatic, and strategic leadership. He made significant contributions by expanding existing research programs, providing assistance with development and maintenance of sponsor and partner relationships, and creating new research initiatives. He also served five years as the Division Deputy for Research for the Environmental Energy Technologies Division (EETD), the forerunner of ETA.

Kostecki holds a doctorate in chemistry from the University of Geneva (Switzerland). He is vice president of the International Society of Electrochemistry and an active member of numerous scientific societies and committees. “Robert’s formidable experience of over 24 years at Berkeley Lab provides him with the management skills, a strong technical foundation in conducting innovative research, and the ability to develop strong scientific visions, which position him well to lead the ESDR Division,” said Ravi Prasher, Berkeley Lab’s Associate Laboratory Director of Energy Technologies.

Founded in 1931 on the belief that the biggest scientific challenges are best addressed by teams, Lawrence Berkeley National Laboratory and its scientists have been recognized with 13 Nobel Prizes. Today, Berkeley Lab researchers develop sustainable energy and environmental solutions, create useful new materials, advance the frontiers of computing, and probe the mysteries of life, matter, and the universe. Scientists from around the world rely on the Lab’s facilities for their own discovery science. Berkeley Lab is a multiprogram national laboratory, managed by the University of California for the U.S. Department of Energy’s Office of Science.

DOE’s Office of Science is the single largest supporter of basic research in the physical sciences in the United States, and is working to address some of the most pressing challenges of our time. For more information, please visit energy.gov/science.